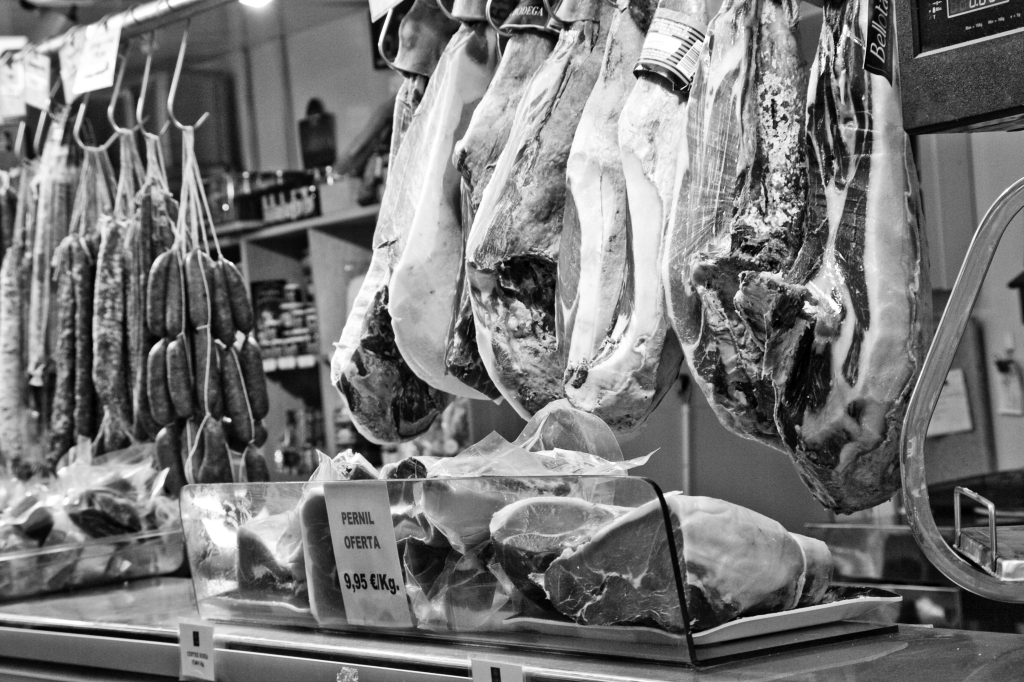 Getting my head straight began with acknowledging that I had wronged loyal customers and that whether or not I agreed, my weekly wages would go towards appeasing them. To make sure that I kept my job, I spent the next few days staring at, and, sniffing all kinds of meat. My job hinged on knowing the distinction between pork and beef. Sometimes, I had to know goat and lamb as well. The chunks of meat that were delivered were cut into little pieces. Whoever was in charge of the abattoir clearly botched their job. The pieces looked like the work of a tired, high on glue, old rustler using a rusty and blunt machete. It was the lack of labels which made hours spent at the butchery long. At the very least, the suppliers should have left heads or legs. That would have made the whole exercise of distinguishing the meats more sufferable. The difficult days were those when a little bit of game meat was mixed with all other kinds of meat.

To get this butcher job, I had lied to Mr. Svondo that I could tell the difference between pork and beef until the day a square-faced woman stormed into the butchery and demanded to be compensated for the loss of her pots, pans and all her kitchen supply. I only thought of her as square-faced because of her little act that nearly cost me my job. Apparently they couldn’t sleep in their own house for a day because of the smell of pork! Everything had been going well until the day this woman showed up with her husband. Her husband had stayed in the car and watched closely as she demanded compensation. Mr. Svondo apologised and tried to reason and negotiate with her. In the end she settled for a week’s supply of free meat and she also received an additional bonus of a stern rebuke of my act which I received in front of her from Mr. Svondo. She evidently looked satisfied and that I could tell from the smug look pasted on her square face. When she left, I thanked Mr. Svondo for having faith in me. He said he didn’t. Somehow I couldn’t get the woman’s face out of my mind. Her face was planted on the cleaver, on the little pieces meat, on the wrapped packages. So I decided to do something.

Over the next week, I found myself following her home. I asked Tambu, my genial colleague to cover for me of which she delightfully did because that meant she would go home early. I took smoking breaks but also trailed the pork hater. She lived a short walking distance from the butchery. Her house was at the end of the street and looked pretty quant. It was made of colonial bricks and dark brown tiles. A dense mango forest and short bougainvillea hedge gave it a threatening but exotic look. In front were a French door and a doormat that said “Welcome Home”.

In essence it was a beautiful house and I found myself liking it. I guess following her was a way of just trying to make sense… a way of getting my head straight. I had come close to getting sacked from the job of my dreams. At least I deserved to know why. Ever since I was eight, I couldn’t fathom why almost everybody wanted to be a doctor. The pressure of reviving stuff was more than crippling to me, hence my choice to be a butcher. I didn’t want to revive anything but rather to cut all that was dead into pieces and see it disappear in small grams, kilograms and pounds. This woman almost ruined it and I was also afraid she would come back and this time accuse me of selling pigeon instead of chicken.

On the last day of the square-faced women’s free meat supply, she showed up just as darkness was creeping in and the evening vendors were lining up all their goods along the street. Mai Zanda sold pig feet, ears and whole hog heads on that street. That evening, I went and bought a whole cooked hog head, two ears and a bunch of overcooked feet.

“Why not just take all of it my son and bring the pot to my house tomorrow morning. Matilda is going to be home,” she said.

I thanked her for her generosity, lifted the black pot and walked towards the end of Tatenda Street. The tower lights were still out. For once I felt much gratitude to the inept city council. I made my way to the square-faced woman’s house, hopped over the small hedge and crept under the huge mango tree that provided enough umbrage. Since she did not like pigs, I was sure she did not like dogs or cats either, which made it easier to just stand by the mango tree without spooking any creatures. It was about 9pm and the lights in the living room of the house were still on. The lights were turned off around eleven and I began working at midnight.

By then the streets had become quieter except for the noise coming from the club which was a stone throw from the butchery. I walked over to the entrance and tried the door. It was locked. I picked the head from the pot and neatly laid it out on the “Welcome Home” mat then gently placed the ears on either side. I dropped the pieces of the legs all the way to the street. and poured the rest of the pig soup on top of the head and walked away.

I woke up the next morning feeling better than ever before. As I walked to Mai Zanda’s place to return the pot, I spotted a crowd walking down Tatenda Street. The message was received, I thought.

“They already got him working on it,” said one bald-headed man talking to two women on the street.

“He will get it out. It surely is the work of the devil, you should see it,” he continued.

“They had to take her daughter to the hospital, she slipped and fell the moment she saw it,” someone yelled. “Hopefully she will make it.”

I walked past them and tried to think about the women’s daughter. I searched for that hope, that assurance that she was going to be ok. I couldn’t find it. All I could think of was that next pack of my Kingsgate cigarettes. I threw the empty pot on top of a pile of uncollected refuse and walked to the butchery.

Dexter Zvicha (@LitePassenger) is a fiction writer and politics enthusiast from Zimbabwe. He briefly taught German at the University of Zimbabwe before moving to the United States where he graduated with an MA and MPA from the University of Delaware. He has had stories appear in Africa Book Club and Munyori Literary Journal. He currently resides in the US and he writes from Denton, Texas. He might be the wrong person to go to for advice on any of the important matters of human life. All he knows is Charles Bukowski’s work. Not all of it, of course.

This story was published in collaboration with Bahati Books, an e-book publishing company that aims to bring to global readers captivating and well-written African Literature by African authors.