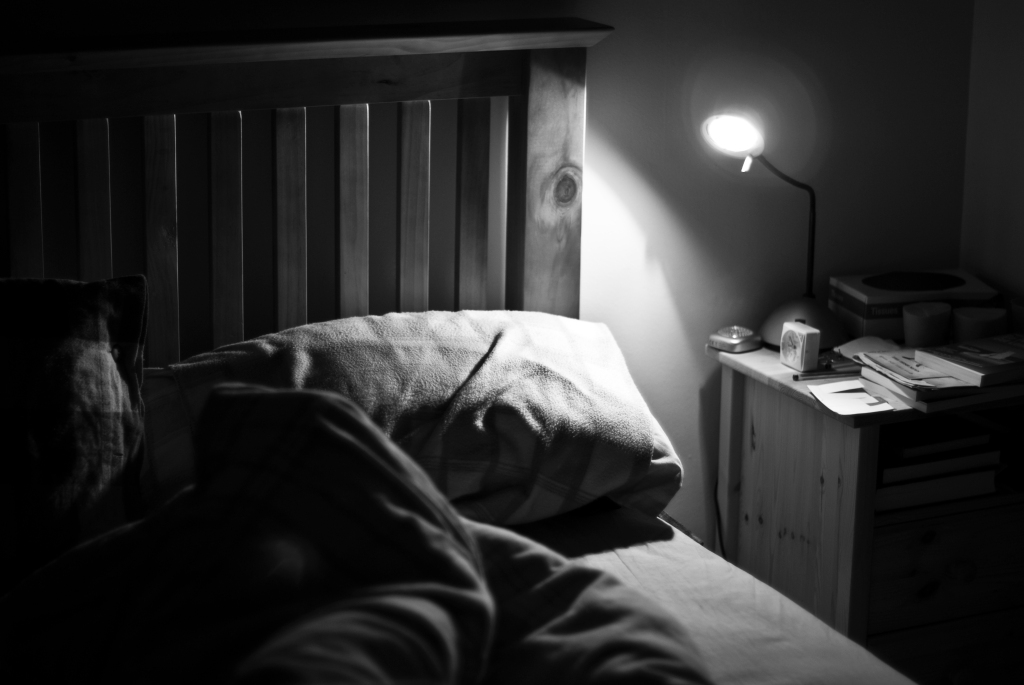 In the days after their marriage, Seidu and Amina lived in a rented apartment. It was in a quiet section of the Zongo community, prone to erratic power supply and with no flowing water. Though there was once a cholera outbreak in the area, the people never fell ill like frogs poisoned at the standpipe.

The single room was almost a gift to him from his uncle. (His father’s cousin on his mother’s side had willed it to his sons, and Seidu had been close to them since before they parted for the greener pastures of Libya. And with that country’s fortunes turning southward, the boys had returned to Ghana in sour moods, and what Seidu should have gotten for free was no longer free. It’s fair to say that had Gaddafi remained in power in Libya, Seidu, living in Ghana, would have gotten a rent-free single room.)

In the single room there was a flat screen TV his wife had gotten as wedding gift. The corridor also served as a kitchen and Seidu marveled on a daily basis at the sight of his wife tossing spices into her soups and stews in a way that sent the smells dancing about the compound house. Oh, how much he relished the jumping lumps on many a passerby’s throat.

On one night of dumsor when the wind was moving like a Madina-Legon traffic jam, Amina, 21, daughter of a soap-production magnate, screamed and jumped from her side of the bed. She landed on her sleeping husband.

Seidu gasped. He groaned at his forceful evacuation from the doors of sleep, but his sweat-gummed eyes would only peel open a bit at a time as he felt himself sink into the folds of their mattress. He had gone to work for the first time in his 22 years at a construction firm that day and had returned home aching in parts of his body he’d never thought existed. He was as sore as a directionless salmon on a one-way journey to his hometown.

He opened his mouth to speak but could barely say the words. Many called his wife an elephant, but he merely joked that she was a big bubble. It was romantic that way, and it allowed him to get tickled in the ear while eating some of her specially prepared TZ. That night though, with her kicking and screaming, Seidu would have sworn that she was a hot air balloon. He held her tightly to stop her movement, and then he managed to whisper into her ears again what he had been trying to do for many minutes before.

Amina screamed again, and said something in a hysterical tone. Seidu reached for the lamp by the bed and flicked on the switch. The effect was breathtaking.

Her hair was in a tangle and strands of it smeared her face as if she had stepped out of a swimming pool. Seidu had never seen her step out of a swimming pool, but he had imagined that many times. He made out the lines in her neck, layers of a rich cake he called them when he tickled those folds of flesh. She would giggle and ask him to stop, and he would say okay and tickle her even more.

Once, when he was allowed into her father’s big house to speak with her in the company of her little brother (Seidu managed to give the ruffian a red and white alewa so he left them alone), Seidu ended up tickling her with one hand while the other was somewhere else (in his pocket, maybe), and she was giggling and writhing and cautioning him to stop when the door slammed shut and her father, who Seidu had been told was supposed to be out in the city, apeared with a hand on his heavy belt, undoing the golden buckle of it, with a mean expression on his face that made Seidu shiver. Only Amina’s threat of a hunger strike had saved Seidu then, and he had never again passed through those alarm-protected gates until they were married, nor had he looked on kindly at those wolves called dogs that had chased him away after his escape from the legendary whip-master. Amina’s father was called many names including “Rich Sheikh”, “Alhaji Don’t Go There”, “Sheihu Show Money”. He had also earned a reputation for whipping robbers that scaled his walls even if they were lacerated by the razor wires, believing corporal punishment was better than the state giving free accommodation and meals to criminals. Despite his current pain, Seidu wished to tickle those folds again. Perhaps, he would hear her excited screams again. But he was barely able to draw a breath, and so he thought better of it.

He looked at his wife of six months in the face.

Those eyes were the first things that drew him to her. When they met the first time at the porridge seller, Amina was wearing a burqa that covered every part of her. It took many more months before he saw those cake layers of her neck, but her eyes left him wondering if it was a person hiding beneath the flowing plaits of dress. They were blazingly aware, and they stared at him as if it were a piercing glance from within the soul of a sapphire. Her gown was blue, and since then, various shades of blue. Seidu said Salaam Alaikum that day, and though she never replied, he saw the glint in her eyes that said she was was smiling.

Now, in the half-lit space of their single room that had also a shoe rack filled with her shoes and a small fridge crowded with her snacks, Seidu all but forgot his pains. His wife was scared, that much he could see from her wide eyes and the sheet of sweat on her chin.

Seidu cradled his wife. It was a very wide effort. He said nothing, and she laid her head on his painfully heaving chest. He listened to her breaths. They remained that way, her heartthrob an echo to his, their sweats mixed like two people making a spitting pact of a life-long commitment. After a while, Seidu asked her what the problem was and Amina told him she thought she saw something move in the darkness.

“I don’t know,” she said, snuggling. “I just saw something. Or are you calling me a liar?”

Amina giggled and nibbled at his shoulder. She spat. “God, Seidu, did you bath today?”

Seidu laughed. “No water. Too tired.”

They wrestled each other as Amina struggled to free herself from his grip. Seidu let her slide down. He held himself back for a moment that stretched into the whole of two minutes. All the while he watched his wife. He saw the dome-shape of her spread against the wall by the meagre light and framed by dancing stars out the window. He heard her breathing slip into a sleeping rhythm. Seidu counted. Amina was about to snore. He let her snore. He reached out and flicked the light off.

Amina screamed. She jumped, and Seidu was sinking into the mattress again.

For a while, it seemed nothing would happen. But then something did happen. Seidu realized, as if through a sudden revelation, that he was not tired at all. In fact, the sleep seemed to have deserted him in a lonely place. But he wasn’t alone. He had company. And with the start-stop routine that had become their night, Amina too found she couldn’t sleep.

And so with the crickets whispering moon-lit secrets and the layers of cake there for the taking and his ears there to be tickled, the young couple sang songs of a fierce sun. The wind was blowing under the sun, and it was flowing over a field that was green and also arranged with yellow and blue and red flowers. In the songs of the fierce sun there were shapes cast by the dimming glare of the sun-charged lamp, and there were lots of giggles and muffled screams. They made promises again and told each other lies. They believed all these lies. They made spitting pacts. They became best friends again, wore clothes, wore no clothes, gazed at the falling moon and sang, I see the moon and the moon sees me. But the bed, it kept squeaking. And it was not right that it was squeaking, for within this ecosystem that was the world, everything and everybody had their role to play.

Haters are supposed to hate. Water is supposed to be wet. And when you are a bed, your only job is to be a bed. But this bed was squeaking and swinging. It became a snitch, and snitches, especially those that revealed the secrets of an act as sacred as indelible ink on canvas, were liable to a punishment that only God could forgive. And so the bed atoned for its shame until a muezzin screamed God’s name from a lightless minaret across the empty street. The snitching ended, albeit briefly. As it turned out, there is a rank among sinners, and a snitching bed is bound with chains and spells at the very bottom of the lowliest rank. And so it turned out that the morning that followed dawn was a holiday, and a holiday meant no work, and they had snacks in the fridge, and the bed, it was an unrepentant snitch, and for many years, it continues to pay for its sins. Thou shalt not snitch.

Mohammed Abdul-Sataar was born and grew up in Madina Zongo. His recently published fantasy novella, Mama’s Boy is available on Amazon. He blogs on Faith, Football, and Fantasy.

This story was published in collaboration with The Writers Project of Ghana (WPG); an international literary organization based in Ghana and the United States. By supporting a literary culture in this West African country, WPG advances the notion that a free exchange of ideas is essential to the health and prosperity of any community. Follow their work on Twitter: @writersPG

All rights to this review remain with the author. Please do not repost or reproduce this material without permission.